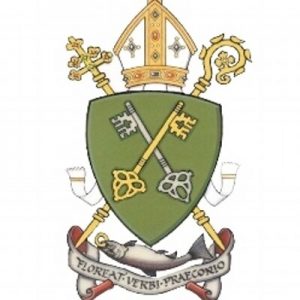 The Society was founded on 23 August 1848, in Glasgow in St Andrew’s Cathedral. The needs of the growing city, packed with Irish immigrants and full of poverty and need and disease were immense. In the first 10 years, 13 additional Conferences were established; there were 131 members with upwards of 6,000 poor people.

In 1887/88 in conjunction with a Marist Brother Walfrid, the Society’s food kitchens for the poor of the East End were supported by the formation of the Celtic Football Club. Throughout the rest of the 19th Century the work in Glasgow expanded – as well as the visitation of the poor in their homes other works were quickly to spring up according to the needs of Glasgow and the West of Scotland. It was not only the practical needs of the poor that the Society worked to alleviate – the Society also became well known for the way that we served those who passed away. The burying of the dead if they could not afford a funeral and the reciting of the Rosary were just some of the ways that dignity was shown to the deceased. Some Conferences to the present day are still involved in the funerals of their parishioners.

Throughout the 20th Century the Society expanded both in membership and in its works. Prior to the implementation of the Welfare State after the Second World War the Society strived to do its best to assist those who came for help. In 1948 the Archdiocese of Glasgow was split into 3 parts; Glasgow Motherwell and Paisley.

After this separation in Glasgow with the building of new estates and the removal of the previous tenements there was an increase in the number of parishes which in turn increased the number of the Conferences throughout the early post-war period.

The works of the Society developed throughout this period and there was a change away from homes for boys etc which had been established in the 19th Century to new works by the early 1970’s such as the Ozanam Centre.

From the 1970’s to the end of the 20th century there was much change within the Society in Glasgow. With the change in the Rule female members were allowed to join and over the years the numbers increased and with this, the type of work carried out has changed. In 1997 members of the Archdiocese attended the beatification ceremony in Paris by Pope John Paul II where Frederic Ozanam was declared Blessed.

The Ozanam Centre which has moved now on a number of occasions to new premises, has changed from its initial work of providing clothing to homeless men to doing the same for women also and operating a Sunday lunch club. In 2001 the Louise Project was formed to work with women involved in prostitution until its closure in 2009. A caravan project has also been started to provide free holidays in Saltcoats – again another successful project. The newest Project is the Rendu Group which has been developed to learn sign language mainly to assist the Catholic deaf community at Mass – particularly the weekly Archdiocesan Mass for the deaf. As like all our other projects the Rendu Group has developed and the members have received accredited training for British Sign Language.

Also at the start of the 21st Century an Ozanam Talk has been instituted to promote both the life and cause of Blessed Frederic Ozanam and the works of the Society.

At Conference level there continues to be a wide range of activity across the Archdiocese. We have a cafe operating in Partick for the local homeless, a Conference in Milton working with the local foodbank and clothing centre, bus runs supporting school children and the elderly, Christmas parties and theatre trips and visits to HM prisons in Glasgow.

Outside of parish activity there is the Special Work Conference of Our Lady of the Wayside in the city centre running the Ozanam Centre which provides clothing on Wednesdays and Thursdays and meals on Sundays.

St.Vincent’s Conference for the Deaf brings together a small group, whose membership come from Blantyre, Baillieston, Bishopbriggs and Glasgow, who meet every fortnight in St Mary’s, Calton. They organise bus trips throughout the year and Christmas dinner for elderly deaf Catholics.

To meet the challenge of new membership a small group of three or four Members have instigated a recruitment drive with visits to those parishes who have no SSVP presence with a view to increasing membership.

A snapshot of the year includes our annual flag day every August and our annual concert every May. Alongside our Ozanam lecture early in the year, these are regular occurrences.

Spirituality is at the heart of our work and reflecting this are our annual Masses. Firstly the canonisation of Blessed Frédéric Ozanam, secondly our remembrance Mass in November for former Members and finally in December our Festival meeting in honour of Our Lady.