On August 14, we celebrated the bicentenary of the birth of Amélie Soulacroix Ozanam 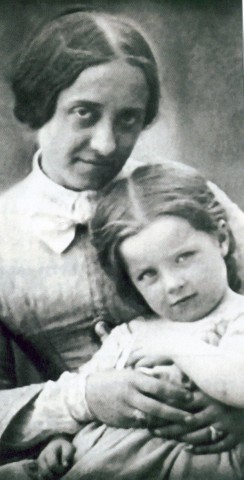 On August 14th, we marked the bicentenary of the birth of Amélie Soulacroix Ozanam, beloved wife of Antoine-Frédéric Ozanam and a central person for getting to know both the details of the life of the main founder of the Society of St. Vincent de Paul, and the first steps of our Society.

Here is a brief biographical overview:

Amélie Soulacroix, born in Marseilles (France) on August 14th, 1820, is the eldest child of Jean-Baptiste Soulacroix (1790-1848) and Zélie Magagnos (1798-1882). The couple had three other children after her: Théophile, Charles and Noëmie.

She enjoyed a blissful childhood within a close-knit, Christian and cultivated family: Amélie’s father, first professor of mathematics in Marseilles, became rector of the Academy of Lyon, thus being part of the French university community in the first half of the 19th century.

In 1837, Amélie lived in Lyon and was only 17 years old when her brother Théophile began to show the first symptoms of a disease, unknown at that time, probably bone tuberculosis, which led him to progressive paralysis. Amélie devoted herself, along with her parents, to the care of her brother. Marriage was not even considered: it was readily her chosen ‘vocation’. In 1840, however, Amélie received two marriage proposals which she turned down. The third one was made by Frédéric Ozanam. The wedding engagement was made official following the success regarding his dissertation for the aggregation of the Arts Faculty in November 1840. Amélie hardly knew him, only by sight and reputation. Frédéric had to go to Paris in December, where he was appointed assistant professor for the chair of foreign literature at the Sorbonne. Despite being apart during their six-month courtship, they know and love each other through the frequent, lengthy correspondence they maintained.

On June 23rd, 1841, they got married in Lyon at Saint-Nizier church. They spent their honeymoon in Italy. On their return in January 1842, the young couple settled in a small apartment in Paris, a capital that Amélie discovered. Their first years of life together were filled with joy, overshadowed, though, by a two-fold sorrow: Amélie’s parting from her family, still in Lyon, and Frédéric’s and Amélie’s forlorn hope of having their home filled with the arrival of a child. Yet, on July 24th, 1845, Amélie gave birth to little Marie Ozanam who brought joy to the family home.

Sixteen months later, on November 18th, 1846, the couple and their little daughter left Paris and France for a long trip to Italy, a research mission Frédéric requested. Since January 1847 in Rome they had the joy of attending a papal audience, at which time Amélie’s brother, Théophile, passed away (on March 9th, 1847), a terrible blow for Amélie who could not attend the funeral.

In July 1847, back in Paris, Amélie gradually rebuilt the whole family life in their new apartment. Caring for Marie and household chores kept Amélie very busy. She also had to fulfill obligations arising from being the wife of an academic; not to mention the myriad charitable activities she undertook, and, certainly, her wholehearted support for Frédéric’s university work. The years that followed were not easy for her: in 1848, a series of political unheavals in France, Frédéric’s new commitments and the mourning surrounding the passing of her father Jean-Baptiste Soulacroix in July. From 1849 to 1852, the disease gradually became entrenched: despite her persistent cough, it was Frédéric’s health that gave cause for concern, to such an extent that he had to give up his lessons.

With Amélie always by his side, Frédéric set off, with her and little Marie, in July 1852, on a long journey, the last one, across Eaux-Bonnes, Biarritz, Spain and Italy looking for a possible cure for Frédéric. She made sure that they returned to Marseilles where, barely a week after their arrival, she made with Frédéric in the shared silence of a common prayer, their ‘last sacrifice’ upon his passing on September 8th, 1853. It was her who got permission for his burial in the crypt of Saint Joseph des Carmes in Paris.

Amélie, widowed at only 32, had to take care of little Marie who was eight at that time; and it was that way for over forty years. In the shadow, with a humility very similar to that of Frédéric, she devoted this lengthy widowhood, first of all, to her daughter’s education, and, above all, to safeguarding her husband’s work: she was the cornerstone in the edition of Œuvres completes, published in 1855; Lacordaire wrote his biography from his biographical notes (Notes biographiques sur Frédéric); in 1865, the first edition of Lettres de Frédéric was made at his initiative. Until the very end, her life was entirely dedicated to her friends, to the service of the poorest and most vulnerable, and to the love of God and her family, with special focus on her only grandson, Frédéric Laporte, born in 1868.

Amélie died at 74, after a very short illness on September 26th, 1894, an awaited death in hope, as shown by the excerpt from one of her prayers: “Let me be reunited promptly with my beloved, and let us, O Lord, behold and worship you together for all eternity.”

May Frédéric and Amélie’s example of love and dedication to the needy be, for us, a motivation to work for a more just and humane society.

In a few weeks we will present a more extensive biography of Amélie.