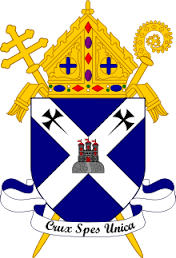 The first SSVP Conference in Scotland was founded on the 25th May 1845 St. Patrick’s, Edinburgh

Their main task was to visit the homes of the poor and sick, Catholics and non-Catholics alike, pray at their deathbeds and follow their remains to the cemetery. It was this more than anything else which impressed the non-Catholics in the city.

Their ideals were for a night shelter, the supervision of apprentices and an orphanage. Soon, however, the work was becoming too much to cope with, especially financially. Other Conferences began to appear with the springing up of new parishes. There was so very much to do with more immigrants arriving and the city becoming unhealthier.

In the last fifty years we have set up special projects to tackle problems which persist despite the Welfare State. We pioneered the recycling of furniture as early as 1962 and are still actively involved through our project in Fife plus partnerships with other agencies in Edinburgh and Stirlingshire. Since the late 1980’s we have provided a soup kitchen in Edinburgh in cooperation with the Jericho Benedictines. For almost thirty years, thanks to the joint efforts of members throughout the Archdiocese, we have offered families Caravan holidays in East Lothian and Fife. Conferences now recognise that loneliness, loss of mobility and isolation from family members affect people regardless of their financial circumstances. Social events like Christmas parties and outings for older people in our communities supplement our visiting. We care for people’s spiritual needs by transporting people to our special Masses.