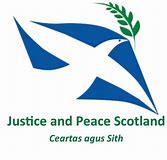 Lockdown in a Refugee Camp – Justice and Peace Scotland

As COVID 19 spreads round the globe, Justice & Peace Scotland vice chair Marian Pallister reflects on the plight of refugees and victims of conflict.

I have spent lockdown at home in Argyll. Will the Wood delivered a load of logs, the farm shop has kept me supplied with vegetables, both of which I was able to pay for on line, and my only foray to the Co-op was civilised if a little lacking in results. I have even been able to join Justice and Peace Scotland standing committee meetings by video conferencing. I can, if I’m sensible, stay well.

And in other people’s lives?

If you are a regular reader of Justice and Peace Scotland blogs, you will know that as an organisation, we have been closely involved with the young refugees in northern France. They have relatives in the UK but are held in a limbo that sees them struggle to survive in makeshift camps periodically destroyed by the French authorities. They are fed, clothed, and provided with sleeping bags and other necessities by volunteers – all of which can disappear in a few violently destructive minutes when police swoop. Now these youngsters are pushed even further from their goal to reunite with whatever relatives are still living after the conflicts they have escaped. The UK government has maintained a hostile approach to their situation.

The French COVID19 lockdown means a round up and dispersal to accommodation centres of those living rough around Calais and neighbouring ports.

In Cox’s Bazar in Bangladesh, the plight of the Rohingya refugees is a disaster waiting to happen. You’ll recall that Justice and Peace Scotland took SCIAF’s photographic exhibition of images taken in the camp to parishes across Scotland. I went with those images around my own diocese of Argyll and the Isles and shared the tears of those who engaged with the refugees’ plight.

Now, unable to go back home or to move on to a future settled life, the Rohingya, who escaped massacre in Myanmar, face COVID19, spreading across Asia and threatening the most vulnerable.

Most vulnerable? The undernourished, those with underlying health conditions, the poor living in overcrowded conditions. Cox’s Bazar to a T.

There are Syrian refugees in camps around the Mediterranean. In Turkey, they are ostracised as a burden on a failing state unable to care for its own virus-struck citizens. As country after country falls foul of COVID19, refugees (some welcomed, some in little better than concentration camps) are at the bottom of the pile when it comes to care, and at the front of the queue in terms of contracting the virus.
Just imagine the skeletal infants in Yemen being exposed to – after the bombs and the bullets and the starvation – the coronavirus.

Countries in the global South – Kenya, Tanzania, Malawi, Zambia, Zimbabwe, South Africa, DR Congo – all now have COVID19 cases. Some of those countries shelter refugees. Not one has the medical infrastructure to efficiently combat the virus. Did we?

UNHCR and the world’s faith groups may offer the only care. This virus has made us hope for a better world when it has wrought its damage. Please God we will have a more humane and welcoming attitude to the world’s weakest. I pray for justice, and for peace.